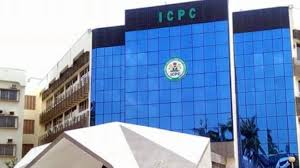 The Independent Corrupt Practices and Other Related Offences Commission (ICPC) has exposed how civil servants manipulate the budgets for government agencies to defraud the system.

ICPC Chairman, Prof. Bolaji Owasanoye (SAN), revealed this in Abuja on Wednesday, when he spoke about how the commission uncovered multiple layers of corrupt practices perpetuated by civil servants across Ministries Departments and Agencies (MDAs).

The occasion was the Budget Office/ICPC interactive forum with Directors of Finance and Accounts and Directors of Internal Audit.

Owasanoye said the commission stumbled on the infractions while carrying out a System Study Review of Budget Implementation.

He said: “There was budget manipulation by most MDAs, which resulted in MDAs receiving both appropriation and releases beyond their actual needs. These surpluses were open to the risk of being misappropriated, as is tradition.

“In 2019, ICPC reviewed 208 agencies of government that are funded from the Federal Treasury and came up with outstanding results, which included discovery of N31.8 billion personnel cost surpluses for 2017 and 2018, and misapplication of N19.8 billion and N9.2 billion from Personnel Cost and Capital Fund respectively.”

As a result of these discoveries, the ICPC chairman announced that “N42 billion unspent surplus allocations for Personnel Cost for 2019 alone was blocked from possible abuse and pilfering, mostly from health and some educational institutions”.

How Police arrested fleeing drug barons who saved them from drowning