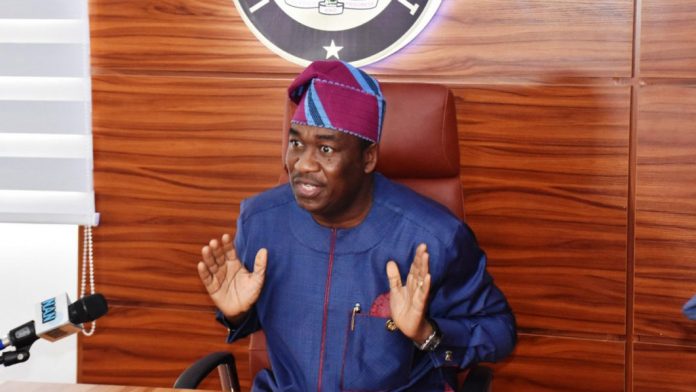 Lagos State Deputy Governor, Obafemi Hamzat has ruled out possibility of banning operations of the The National Union of Road Transport Workers (NURTW) within the state.

Obafemi who clocked 56 on September 19 explained during an interview with the NATION that government cannot proscribe the activities of the union because it is recognized by law, and its members deserve an umbrella union to express their interest.

He observed that instead of banning the activities of the union, the government dissolves the leadership of the branch instigating violence within the state.

His words, “We have all agreed that we live by the constitution and laws. The National Union of Road Transport Workers (NURTW) is actually a union recognised by law. I know some people say ban them, but the government must also be careful. When you just say arbitrarily ban them, what stops you from saying I want to ban Nigerian Medical Association (NMA)? Do you understand?

“So, one of the things we have been telling them is that if you are the Chairman in Ajeromi and we see that there are all sorts of contraventions in Ajeromi, we will remove you as a Chairman. We are not banning your union but it means you are incompetent.”

Ruling out a possible ban on the NURTW in Lagos, means the state will not be following the line of Oyo State Governor, Seyi Makinde.