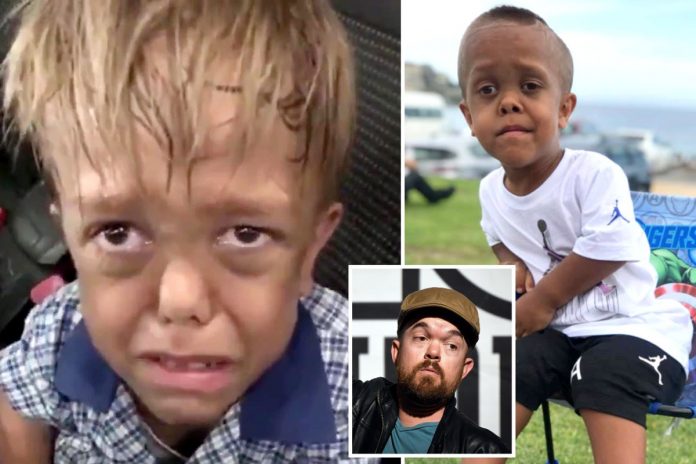 A stand-up comedian has raised more than $200,000 to send an Australian boy who was bullied over his dwarfism to Disneyland.

Brad Williams set up a GoFundMe page for Quaden Bayles on Thursday after the boy’s mother shared a video of him crying and saying he wanted to die.

Mr Williams, who also has dwarfism, wrote: ‘I’m setting up this GoFundMe to let Quaden know that bullying will not be tolerated, and that he is a wonderful human being who deserves joy.’

Quaden has received an outpouring of support from the public and celebrities including Hugh Jackman, and has since spoken out to encourage others to ‘stand up for yourself’.

Mr Williams, from California, said that if too much is donated the excess would be given to anti-bullying charities.

Quaden’s mother Yarraka, from Brisbane, shared the distressing video on Wednesday after picking him up from school. The schoolboy, who has achondroplasia – the most common type of dwarfism – told his mother: ‘Give me a rope, I want to kill myself.’

In the video, which has been viewed more than three million times, Quaden also said: ‘I just want to stab myself in the heart… I want someone to kill me.’

The video has sparked an outpouring of sympathy for the nine-year-old from members of the public and celebrities including Hugh Jackman.

INEC seek legal backing for e-transmission of results in 2023