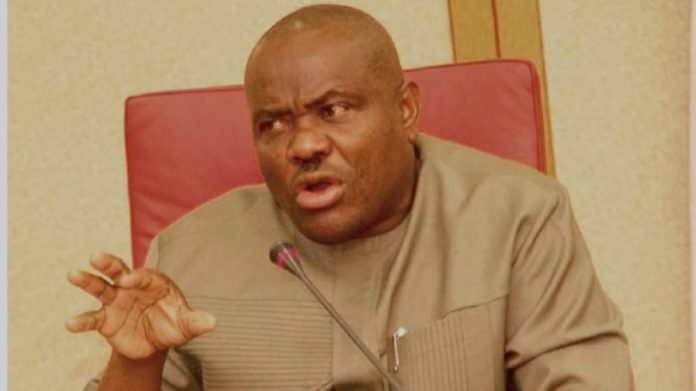 The Rivers State Government has condemned attacks on former Governor of the state, Dr. Peter Odili and his family following the Supreme Court judgment that nullified the election of Mr. David Lyon as winner of the November 16 governorship election in Bayelsa State.

Odili’s wife, Justice Mary Odili, headed a five-man panel of the Supreme Court that nullified the victory of Lyon and the All Progressives Congress (APC) on February 13.

The state government accused the Minister of State for Petroleum, Chief Timipre Sylva and the National Chairman of the APC, Mr. Adams Oshiomhole, of sponsoring the attacks on Odili and members of his family.

But in a swift reaction, the Deputy National Publicity Secretary of the APC, Mr. Yekini Nabena, accused Rivers State Governor, Mr. Nyesom Wike and the Peoples Democratic Party (PDP) of being behind the protest at the Abuja residence of Justice Odili.

In a statement yesterday by the state Commissioner for Information and Communication, Mr. Paulinus Nsirim, issued after the state Executive Council meeting, the state government expressed concern that the federal government did not show interest in what it described as sponsored threats to the lives of the Odilis.

The state wondered why Odili’s family should be singled out for “the unwarranted attack when the judgment that ousted David Lyon as governor of Bayelsa State was a unanimous decision of a five-member panel of Supreme Court justices.”

It noted that Rivers State has suffered unfavourable judicial pronouncements and never resorted to self-help as allegedly being promoted by APC leaders. It warned that the Rivers State Government would employ all legal means to protect the Odilis.

The statement added that the state would protect all Rivers State indigenes serving as federal and state judicial officers.

However, refuting the allegations against the APC, Nabena accused Wike and the PDP of sponsoring the protest at the Abuja residence of Justice Odili.

Nabena told journalists in Abuja that the opposition party sponsored protesters who identified themselves as “APC Supporters,” stressing that it was a decoy to portray Lyon and his APC supporters in bad light.

“I didn’t want to see him die”, BLM supporter who saved counter-protester in London...

Why I endorsed Obaseki for second term – PDP BOT member