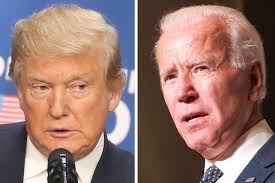 A coalition of republican lawmakers in the United States congress are joining President Donald Trump’s effort to overturn the election, pledging to reject the results when Congress meets this week to count the Electoral College votes and certify President-elect Joe Biden’s win.

Senator Ted Cruz of Texas on Saturday announced a coalition of 11 senators and senators-elect, who have been enlisted for Trump’s effort to subvert the will of American voters.

“We do not take this action lightly,” Cruz and the other senators said in a joint statement.

His announcement follows that Senator Josh Hawley of Missouri, who earlier informed the Senate leadership that he would join with House Republicans in objecting to the state tallies during Wednesday’s joint session of Congress.

According to White House Chief of Staff Mark Meadows, over 100 members of the House of Representatives plan on objecting to electoral votes during the Jan. 6 joint session of Congress

“We’re now at well over 100 House members and a dozen Senators ready to stand up for election integrity and object to certification. It’s time to fight back,” Meadows wrote in a tweet late Saturday.

Trump’s refusal to accept his defeat is tearing the party apart as Republicans are forced to make consequential choices that will set the contours of the post-Trump era.

Ghana’s President, Akuffo-Addo pips Buhari, others to top list of best presidents in...