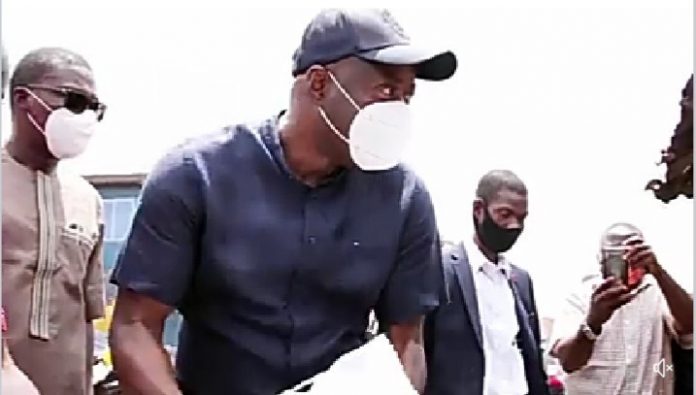 Mr Makinde stated that this in continuation of the distribution of palliatives to 90,000 households earlier kick-started in Ibarapa zone.

The Governor who visited poor households in Oke Ado, Foko, Oja-Oba and Oranyan areas in Ibadan and reiterated his administration’s resolve toward supporting the poor and vulnerable.

The Executive Adviser to the governor on Agribusiness, Debo Akande who was part of the Governor’s entourage said that the distribution of palliatives in Ibadan marked the final stage of the first batch of the exercise.

“Ibadan has the highest number of local governments and that shows the significance of what is done today.”

Akande added that with the conclusion of the distribution in Ibadan, the government has provided support to 90,000 households across board, adding that the state will equally embark on the distribution of palliatives to 30,000 vulnerable and people of special interest in the society.

Suicide: Okorocha calls for the ministry of happiness, says other ministries not capable