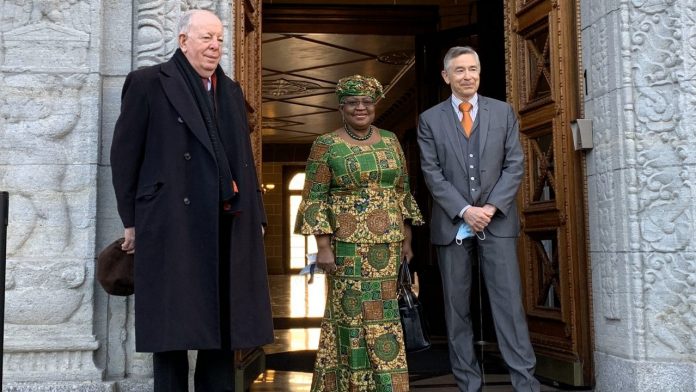 The Nigerian former Minister for Finance takes over amid hopes that she will spur the beleaguered body into addressing its towering challenges, including the pandemic-fuelled global economic crisis.

“The WTO is too important to allow it to be slowed down, paralysed and moribund,” the first woman and first African to ever lead the global trade body told AFP a day after her nomination last month.

Okonjo-Iweala, 66, takes the helm after the WTO was left adrift for seven months following the sudden departure of Brazilian career diplomat Roberto Azevedo last August, a year ahead of schedule.

Following a lengthy selection process, development economist Okonjo-Iweala, who spent 25 years at the World Bank, was finally anointed by the WTO’s 164 members on February 15.

From an initial eight candidates, she was the clear favourite among the last two standing in November. However, her appointment was delayed by former US President Donald Trump blocking her nomination.

The arrival of his successor Joe Biden made it possible for her to receive the consensus backing required to end the impasse.

“Some leaders aren’t pretending to be in charge,” Obama hits at Trump

Streatham terrorist urged girlfriend to behead her own parents