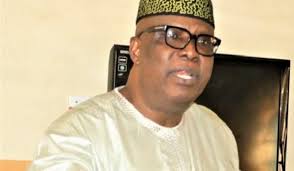 The Special Adviser to the President on Political Matters, Senator Babafemi Ojudu says his criticisms of Ekiti State Governor, Kayode Fayemi has no personal or political motivations, adding that he is driven by his passion to witness development in the state.

Ojudu who spoke on his face-off with the governor in an interview with the Punch observed that his recurrent disagreements with the incumbent and past governors of the state stem from the need to hold them accountable for the existence of looting, oppression and injustice under their governance.

He dismissed allegations suggesting that his disagreements with Governor Fayemi is politically motivated. He said: “It is not personal. I am one person who could not keep silent in the face of injustice, oppression, and looting of the people’s resources. I don’t think I have any apology for that. If you commit the murder of a citizen of my state, I will shout. If you steal the resources with reckless abandonment, I will expose you.

“When I disagreed with former governor Ayo Fayose and we succeeded in impeaching him, people said it could be because I wanted to become governor. When it was time to pick governor, I didn’t put myself forward; I picked Kayode Fayemi who knew little or nothing about our struggle.”

On his conflict with Governor Fayemi, he said: “Get serious, stay home and govern our people. Stop gallivanting and spending stupendous resources on chartering private jets. Use the resources available judiciously. Don’t personalise government. Respect our traditional institutions. Don’t insult our obas. Don’t make our party a one-man affair. Do not divide the party into two – the minority who are your minions and called themselves ‘Tokan Tokan’; and the majority who are left abandoned. Institute democratic institutions and respect them. Be passionate about our people and do the things that will uplift them. If you do this, then there will be no standoff.”

Robert Mugabe ‘left $10m but no will’— daughter