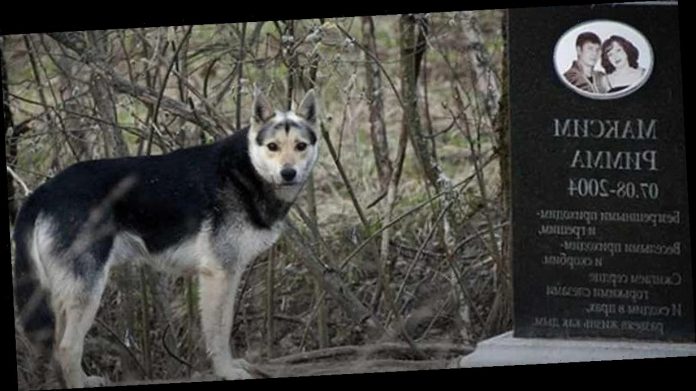 An adorable dog has reportedly been living by its former owners’ grave ever since the couple died in a car crash back in 2004.

The cute Russian pooch even runs away from the kindhearted residents and animal shelter workers who have tried to help it over the years.

The animal has been compared to the Japanese dog Hachiko which waited for its owner at the train station every day for nine years after his death.

In 2004, the Russian dog’s owners Maxim and Rimma died in a car crash in the town of Chernogolovka in the western region of Moscow Oblast.

After the tragic accident, family members did not want to adopt the dog and one of them tied the Russian Hachiko to its dead owners’ headstone and left it there, according to local media.

The dog, whose name is unclear, remained by the grave for about a week and then animal shelter workers were alerted and went the site, however, the canine refused to leave.

According to reports, many residents and shelter volunteers have tried to adopt the dog over the years, but it growls at them and refuses to let anyone touch it.

However, kindhearted locals continually visit the grave to leave food for the animal.

Residents said that the Hachiko has been accompanied by a small stray dog for the last couple of years and they constructed a kennel at the site for the pair to live in.

Olga N. told local media: “The dog doesn’t trust people. It barks and runs away, but always returns when it is alone. I once gave food to the Hachiko and its small pal which they scoffed up immediately.”

Local resident Lilia Andrusenko said: “The dog has been here since 2004. There is so much it has gone through. I sometimes feed it, like many others around here do.”

A hungry kid called 911, so cops brought him a pizza