THE Joint Admissions and Matriculation Board (JAMB) has closed the operations of seven examination centres across Bayelsa State for allegedly violating its rules and regulations.

This closure therefore leaves the state with only four centres to cater for about 24,000 candidates, reports suggest.

The State Coordinator of JAMB, Abdusalam Mohammed disclosed this during a visit to the leadership of the state chapter of the Nigeria Union of Journalists (NUJ) at the Ernest Sese Ikoli Press Centre in Yenagoa, the state capital.

Mohammed explained that some of the examination centres were delisted for alleged duplication of the Virtual Private Network (VPN) of their routers.

He said: “Initially, Bayelsa State had 11 examination centres. So far, seven of this number have been delisted from our platform for various infractions. The owners of some of these centres tampered with the VPN of our router. And that is a very big offence.

“They duplicated the VPN by moving the router from one location to another location where they did whatever they liked. This is a very big offence. Others were delisted for overcharging candidates.

“During registration, we sent out a monitoring team and they came back with the report that candidates were charged N5,000 for a service that should ordinarily cost N2,500.” 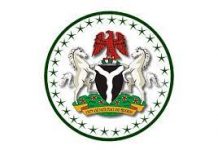