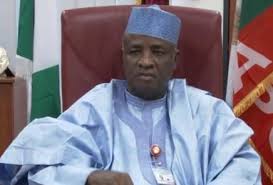 Senator representing Sokoto North Senatorial District, Aliyu Wamakko has donated 105 motorcycles to members of the Sokoto State branch of the Vigilante Group of Nigeria (VGN) in a bid to tackle insecurity within the state.

Wamakko’s gesture comes on the heels of disturbing security situation at the level as well in fulfilment of a recent pledge to extend the gesture to the group in its course to brace up against the insecurity challenges.

According to The Nation, Wamakko had on October 1, delivered the motorcycles to the Sokoto North zone comprising Binji, Wamakko, Silame, Kware, Tangaza and Gudu.

In the same vein, the VGN members in the eight local governments that make up the Sokoto East Senatorial District received delivery of their motorcycles.