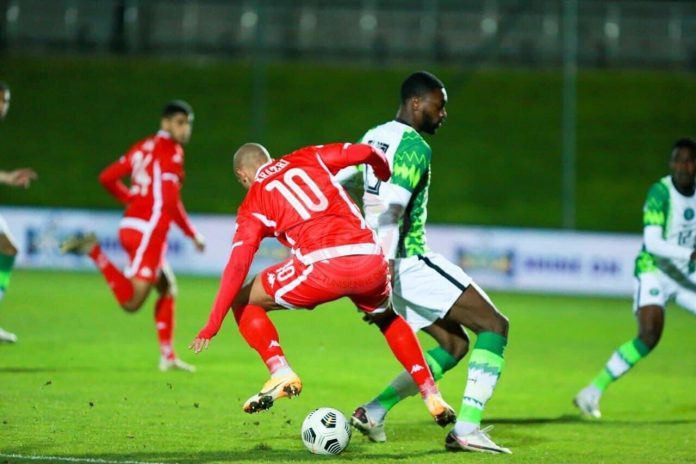 Super Eagles of Nigeria could not find a winning goal in their match against Tunisia, as they were held to a 1-1 draw in Austria yesterday.

The match which happens to be the Eagle’s second international friendly game during the FIFA international window following their 1-0 loss to Algeria last Friday.

The Super Eagles coach Gernot Rohr made five changes to the starting line that started against that lost 1-0 to Fennecs of Algeria on Friday.

Leicester City forward Kelechi Iheanacho puts Nigeria in front with a well taken shot from inside the box in the 21 minute assisted by the team’s Captain Ahmed Musa. A penalty was given to Nigeria after Nigeria Captain Ahmed Musa was brought down in the box by Tunisia Goalkeeper Ben Mustapha who gets a yellow card for his offence.

Iheanacho stepped up to take the kick but his poor penalty was saved by Mustapha who dives to a right direction.

Mohamed Dräger got an equalizer for the Cartage Eagles on the stroke of the half time to record his first international goal for Tunisia. 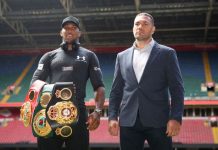