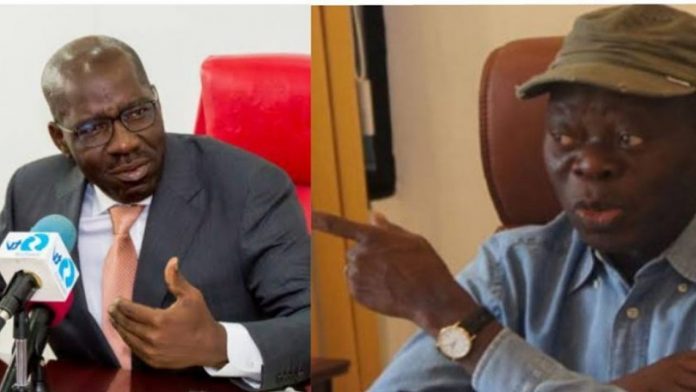 The Independent National Electoral Commission says it is constrained by its laws to relate only with the national chairman and national secretary of political parties.

This is according to the National Commissioner and Chairman, Information and Voter Education Committee, Festus Okoye, in an interview with PUNCH, who observed that the commission will be working with the mode of primary election submitted by the national chairman of a party.

His statement comes on the heels of conflicts rocking the Edo State chapter of the All Progressives Congress over the mode of primary to be used in the conduct of its June 22 governorship primary.

He said, “INEC does not deal with state branches of political parties in matters relating to or connected with the conduct of party primaries. Section 85(1) of the Electoral Act, 2010 (as amended) makes it mandatory for political parties intending to nominate candidates for elective offices to give the commission 21 days’ notice of its intention to conduct party primaries.

“In our rules and regulations, the letter to this effect is signed by the National Chairman and National Secretary of political parties indicating the date, time and venue for the conduct of party primaries and the mode of the primaries.

The two factions of APC in the state have publicly disagreed over the mode of primary to be adopted to pick the party’s candidate for the September 19 governorship election.

Oshiomhole, believed to be opposed to the reelection of Governor Godwin Obaseki, was reported by PUNCH to have written INEC via a letter dated May 19, 2020, stating that the party had chosen direct primary for the selection of its candidate for the election.

However, differing, the state chairman of the party, Anselm Ojezua, insisted the state branch reserved the right to adopt any method of preference. Ojezua accused the NWC, headed by Oshiomhole, of imposing the direct primary on the state as a means to oust Obaseki from the race.