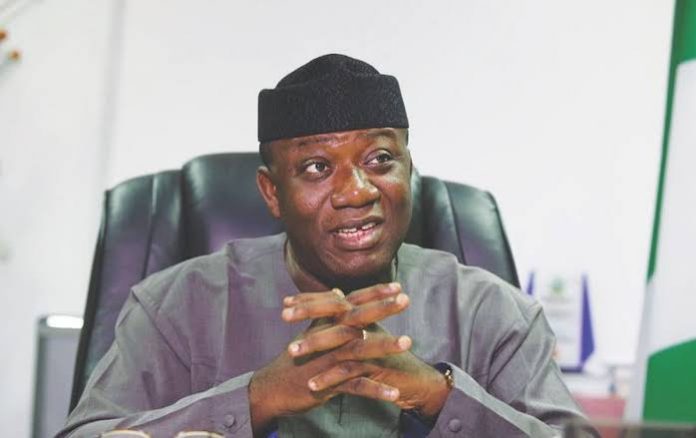 Ekiti State governor, Kayode Fayemi has said persons convicted of all manners of sex offence in the state will no longer enjoy the executive prerogative of mercy, as well be granted bail during trial.

The governor announced this decision while signing the Compulsory Treatment and Care for Child Victims of Sexual Violence Bill 2020 into law, on Saturday in Ado Ekiti.

His decision comes in the wake of recurrent incidents of sex abuse in the state.

He directed the State Attorney-General and Commissioner for Justice, Wale Fapohunda, to henceforth oppose bail or plea bargaining for rape offenders in the state.

Mr Fayemi who doubles as the Chairman of the Nigerian Governors Forum, (NGF), had earlier vowed to mobilize other 35 state Governors, to declare state of emergency on rape.

He added that he would use his position as the Chairman of the Governors’ forum to rally support of his colleague governors, on the need to declare state of emergency against the menace in their respective jurisdictions.

The News Agency of Nigeria (NAN) reports that the bill was aimed at fortifying and tightening the loose ends in the Gender Based Violence Prohibition Law 2012 earlier passed by the State House of Assembly about a week ago.

Must read: Abba Kyari, not Buhari, approved our ban – Shiites