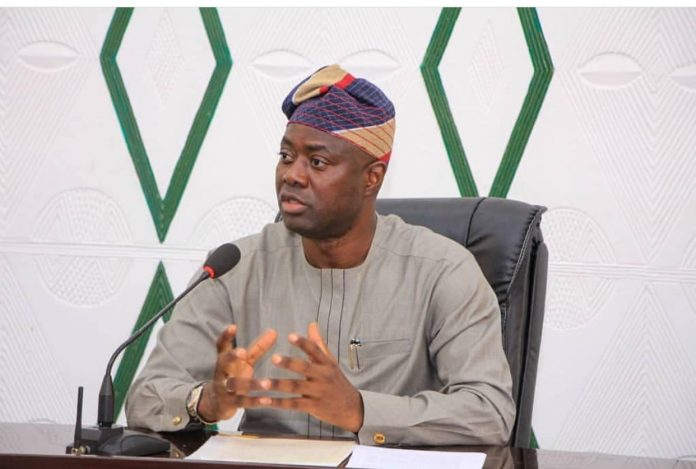 Oyo State Governor, Engineer Seyi Makinde, on Thursday told the 33 Caretaker Chairmen of local governments and 35 chairmen of Local Council Development Areas (LCDAs) that the people of the state expect massive development of the councils under his watch.

The Governor, who spoke at the Executive Council chambers of his office told the chairmen that residents of the state expect the council helmsmen to remain focused and diligent as according to him, the people expect great improvements under their tenure.

A statement signed by the Chief Press Secretary to the Governor, Mr. Taiwo Adisa, also confirmed that the meeting reviewed the ongoing crisis rocking the local government system in the state.

According to the Governor, the new chairmen should see their appointments as opportunities to serve, noting that despite the distractions of parts of the councils by the sacked illegal chairmen, the caretaker chairmen must remain strong, steadfast and dedicated to delivering the dividends of democracy to the people at the grassroots.

He also disclosed that the state government had secured an interim injunction, which restrained the Attorney General of Federation, Inspector General of Police and the Commissioner of Police in Oyo State as well as their agents, from disturbing activities at the local governments.

The Governor added that the court remained the final arbiter in any dispute and that his government would respect the decision of the court in respect of the pending cases on the local government matter.

The Governor also told the gathering that in the last eight months, his Government had been able to accumulate some money that could be channeled to instant development and transformation of the grassroots.

He said that his administration would work together with the chairmen to decide on projects for each of the local councils and how to go about executing them.