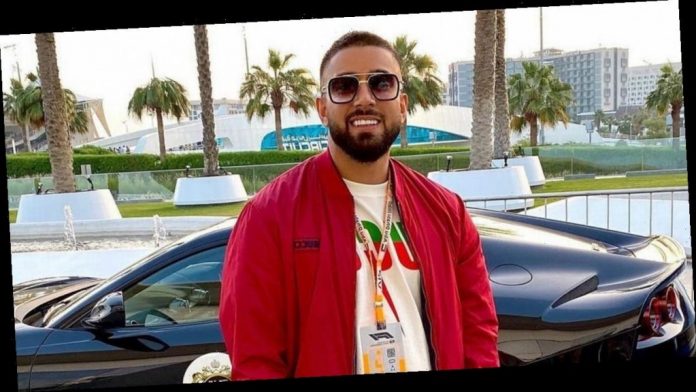 A conman who was found guilty of scamming elderly victims out of £2.4m has been posting pictures of himself on Instagram of his travels around the world in five star hotels and designer clothes.

Sami Raja, 32, was jailed for eight years for his part in scam, but went on the run before his trial and social media posts suggest he headed to Dubai.

On his Instagram account, which has now been deleted, Raja, who previously lived in London, is seen enjoying a lavish lifestyle in Dubai – where he is flaunting expensive designer clothes and watches and has also shared pictures of him holidaying in Ibiza, the United Arab Emirates, Punjab and some of the Gulf state’s most luxurious hotels, the Daily Telegraph reports.

Raja was sentenced in January last year (2019) after being found mis-selling carbon credits to 130 victims and using the profits to buy luxury items including a £33,000 Aston Martin and a £4,000 Rolex.

His trial heard Raja and four accomplices targeted the over 50s living in affluent areas through using two companies – Harman Royce Ltd and Kendrick Zale Ltd. Raja went on the run before he could be sentenced as he didn’t attend his trial at Southwark Crown Court and social media posts suggest he was already in Dubai in November 2017.

Three days after his sentencing he posted pictures of himself in a luxury resort in the Maldives where He wrote with one picture of him in an infinity Jacuzzi overlooking: “Aint no one bursting my bubble”.

A spokesperson for Safe Or Scam, an organisation which investigates investment frauds, told the Telegraph: “For every Sami Raja who is caught there are a hundred who are not. The number of scam investments and dishonest sales agents increase every year.

“Investor losses are truly staggering and go largely unreported. Only the really big ones come to light. Raja, and others like him, knows that investors literally have nowhere to go. If they report it to the Police it is hardly ever followed up and if they think about going to a solicitor they are put off by the expense.

“The authorities have to start taking this much more seriously and intervening much earlier. People like Raja destroy people’s lives.”

Kill me instead of destroying my indian hemp farm, Suspect begs NDLEA

Why I named my grandson, Goodnews –Obesere