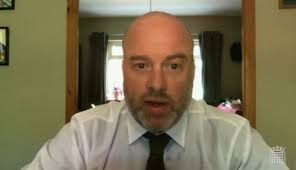 The Coronavirus may not be eradicated amongst humans, while immunity may not last long, according to a top United Kingdom scientist.

The above assertion was made by Professor David Robertson, head of viral genomics and bioinformatics at the University of Glasgow, who said that Covid-19 is a very successful virus that will not be eradicated.

On the virus, he said, “If you contrast with ebola, which has very high virulence, kills many, many people, it makes it very controllable and you can very readily identify the infected people.

“Whereas this virus is infecting so many people with asymptomatic to mild symptoms that it’s almost uncontrollable.

“I think we have to be clear that we’re not going to be able to eradicate this virus. It’s going to settle into the human population and in several years it will become a normal virus.”

Prof Edmunds also addressed the committee, saying a study of other coronaviruses suggested “potentially bad news” for hopes that humans could develop a long-term immunity from Covid-19.

He said: “You can see that antibody decline over time from survivors of Sars (severe acute respiratory syndrome, a form of coronavirus). So after a couple of years, their antibodies have declined quite significantly.

Nigeria not out of COVID-19 woods yet, Obasanjo warns