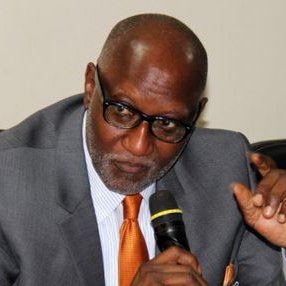 A former Secretary to the Anambra State Government, Mr Oseloka Obaze, has urged Southern leaders to be strategic in their bid to ensure a power shift to the region come 2023, warning that internal jostlings will lead to maintenance of the status quo.

He made this call during an interview with PUNCH where he advocated for a reform and restructuring of the Nigerian state in order to ensure development.

Mr Obaze who made his above positions in reaction to an earlier statement by Kaduna State Governor, Nasir El Rufai on the for a power shift to the South by 2023, observed that anyone opposed to a Southern Presidency does not wish the country well.

His words, “In reality, however, anyone talking about power not shifting to the south in 2023 cannot be deemed serious and indeed, does not wish Nigeria well. That said, the south as a collective, has to be strategic in handling this matter. Once you encounter an intra-south jostling and bickering, the default option will kick in, which is to maintain the status quo.

He continued, “Now, let me be frank and categorical even at the risk of being controversial. If the northern elite want Nigeria to stay whole, they must voluntarily yield to reform and restructuring. Such reforms will benefit the North immensely in terms of poverty alleviation, enhanced education, and development.

On the establishment of various Geo-Political regional security outfits, Mr Obaze said that while such may not solve the security challenges entirely, the move will enhance the overall security and give the local population peace of mind.

He said, “The ultimate and holistic answer to our national security challenges is regional policing, state policing or community policing, then each federating unit must be allowed to pick what works best for them on security, then, so be it.”