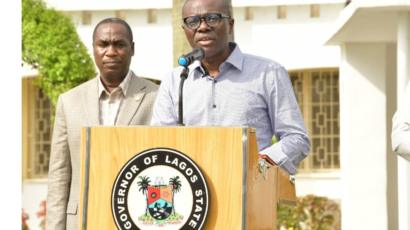 Lagos State government has released an updated work guideline for all sectors in the state as the Federal Government permitted gradual easing of the lockdown begins on May 4.

Governor, Babajide Sanwo-olu during a Press briefing at State house, Marina on Sunday announced the release of an updated guideline for work and movement within the state.

He announced that only senior officers of the civil service from Grade Level 15 are allowed to be at work from Tuesday, while all others can work from home.

Mr Sanwo-olu said, “The work guidelines for members of the public service have been amended. ALL civil servants must work from home on Monday and only officers from Grade Level 15 and above have express permission to come to work from Tuesday.

“Food markets across the State are to be opened only on Tuesdays, Thursdays and Saturdays from 9am to 3pm and non-food markets shall only open on Mondays, Wednesdays and Fridays within the same stipulated hours.

“We have amended and extended the operating hours for eateries and restaurants from 9am to 7pm, due to the Ramadan fasting.

“Banks and other private firms are allowed to open with a maximum of 60% of their staff strength, operating within the hours of 9am and 3pm.

“We urge private companies and manufacturing firms to arrange for the transportation of their essential staff that would be at work.

“Residents who had their vehicles seized by LASTMA or the Police for minor offences can still get their vehicles back free of charge from Tuesday May 5th, 2020. Contact their call centres and digital channels for more information.”

However, Mr Sanwo-olu noted that the ban on large gatherings remain, hence all places of worship and educational institutions will remain closed.