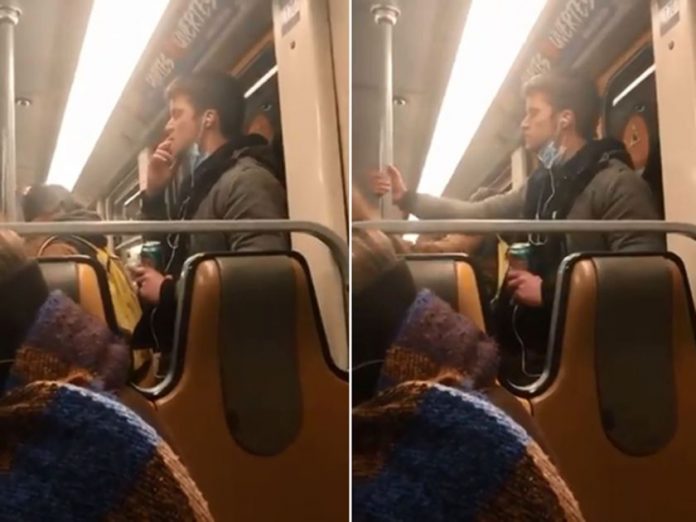 A train traveller wearing a coronavirus-style face mask has been arrested after being caught on camera licking his fingers and wiping them over the handrail.

The passenger was filmed while making a trip on the Belgium subway.

Mobile phone footage shows him lowering his mask, putting two fingers into his mouth and then rubbing the silver pole up and down.

The act took place amid rising concerns about the coronavirus outbreak, with health officials advising people to regularly wash their hands and to be aware of spreading germs.

The flu-like strain has infected more than 115,000 people since the outbreak began, with around 4,300 deaths. Covid-19 is thought to be spread via droplets in sneezes and coughs.

Footage of the incident was posted online by a fellow subway surfer on March 9 who warned his followers not to “touch the bar” anymore.

Transport authorities later replied to a tweet of the video, and said the man had been arrested.

Belgium public transport provider The Brussels Intercommunal Transport Company said im the tweet: “The man (intoxicated) was arrested by the police and our security service.