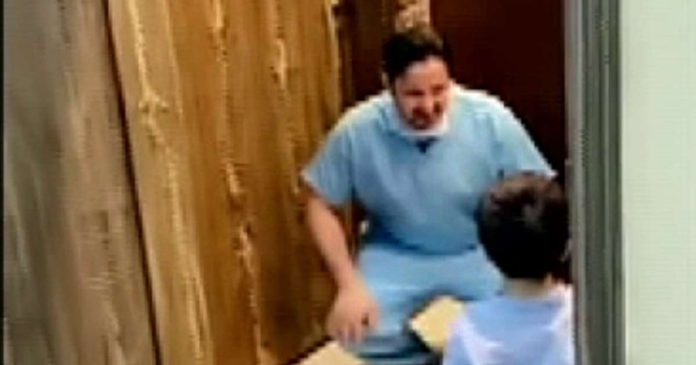 The loved ones of medical officers around the world are having to bear the brunt of the coronavirus outbreak as they have been at the forefront of the battle against the pandemic.

An emotional video surfaced online of when a doctor from Saudi Arabia broke down in tears after stopping his young son from hugging him.

In the footage which has gone viral, the doctor was seen coming home from the hospital, his son ran towards him to give him a hug. The boy was immediately stopped by his father, who asked him to move away, presumably because he was in his medical suit and had just returned home after treating coronavirus patients.

The coronavirus pandemic has forced people across the world to keep their distance from people they love. The doctor, who looks exhausted after his shift at work, likely didn’t want to pass any germs that might be on his hands or clothing on to his child, so he was doing the responsible thing (even if it was sad to watch).

The six-second clip was shared on Twitter and has received over 11 million views so far. The man is yet to be identified.