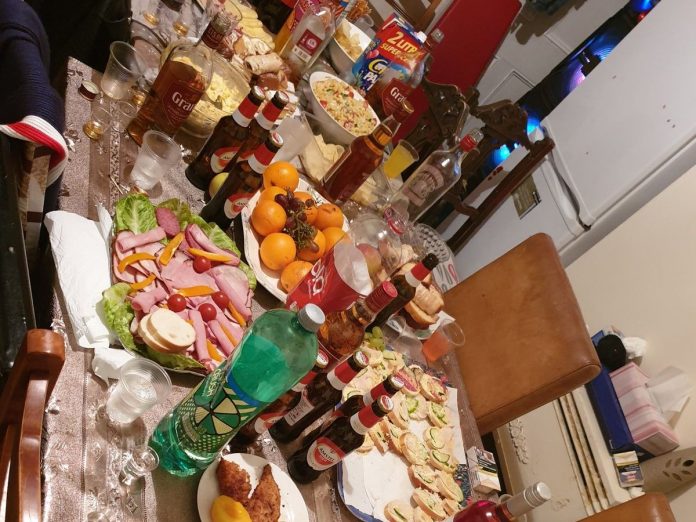 The police in United Kingdom has reported shutting down a party in Derbyshire during the nationwide coronavirus lockdown.

Officers found 25 people celebrating at a house in Normanton on Saturday night in breach of new rules designed to slow down the spread of the deadly disease.

Photographs posted on social media by the force showed a table loaded with food and drink and two large speakers stacked next to the wall.

Derbyshire Police said the officers issued warned those involved such acts to desist, however no further actions were taken against them.

“It is clear people are still having complete disregard for the government advice and rules,” said the Derbyshire Police response team involved.

“Officers have just attended an address in absolute shock to find 25 adults and children having a massive party with speakers and karaoke.
“Everyone dispersed and hosts dealt with.”

The Derbyshire force has been active on social media demonstrating its attempts to enforce government regulations on social distancing and staying at home.

Why I decided to review Ibadan Chieftaincy – Ajimobi