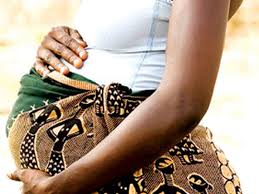 The Enugu State Government on Friday confirmed that a pregnant woman died of Lassa fever at the University of Nigeria Teaching Hospital, Utuku-Ozalla.

According to PUNCH, with this, two deaths have been recorded in Enugu in 2020.

The first was at the Enugu State University Teaching Hospital, Parklane involving a 75-year-old woman.

Permanent Secretary, Ministry of Health, Dr Ifeanyi Agujiobi, who announced the death of the second person during a joint press briefing with other relevant ministries at the state Secretariat, said the case involved a 24-year-old pregnant woman.

According to the permanent Secretary, out of six suspected cases of Lassa fever, three have been confirmed while two have died.

He said the third victim, a female corps member, who just returned from Benue State, survived the attack and responding to treatment.

While he assured residents that the scourge has been under control since the first reported case in January, Agujiobi explained that the pregnant woman who died from the disease was as a result of late reporting to health facilities.

Makarfi urges labour to fight for governance, not money