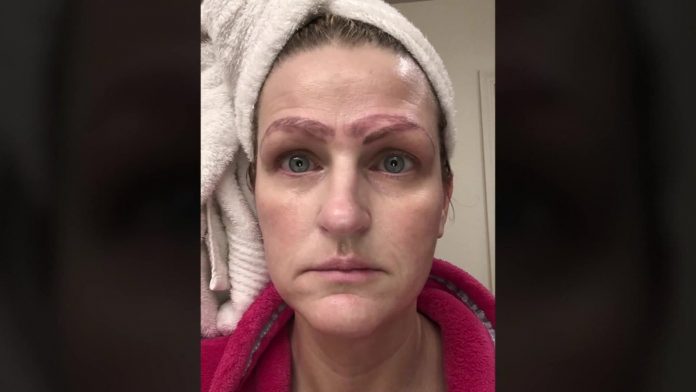 A woman from Michigan was forced to change her hair after as she was left with “monster” eyebrows after she claims her microblading treatment went horribly wrong.

Shannon Bozell decided to take the plunge after years of over-plucking her brows – something many of us remember from the 90s – and splashed out $350.

Unfortunately, the final result on her face was the least thing she wanted as she claims it left her with “big caterpillar eyebrows” that are far too big for her face – and she’s been forced to change her hair to cover them as much as possible.

Microblading is a semi-permanent procedure that involves tiny needles scratching the skin and leaves a small amount of pigment in its place.

But Sharon, from Kalamazoo, Michigan, told CBS Austin that her dreams for the perfect brows soon drifted away when hers were left blistered, much darker and bigger than she’d hoped.

Drive-in Cinema to tour the UK throughout the summer