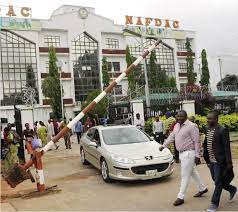 Workers of the National Agency for Food and Drug Administration and Control (NAFDAC) under the aegis of the Medical and Health Workers’ Union (MHWUN) are reportedly planning to end their industrial strike and resume work on Monday, as some of their demands have been met.

The workers’ agitations include the payment of severance allowance to retirees – the allowance which is equivalent to their one-year salary. However, that allowance was stopped last year.

The Governing Board Chairman of NAFDAC, Yusuf Suleiman, has however assured the union that it would be looked into their demand.

Based on the payment of some of their demand and the assurances from the NAFDAC Board Chairman, the workers’ union is set to call a Congress on Friday where they will take a collective decision.

However, the strike is likely to be called off next week Monday.

The Vice-Chairman of the Medical and Health Union Workers of NAFDAC branch, Comrade Idzi Isua, who made these known to The Nation yesterday, also clarified that the union’s agitations are not based on any “covid-19 palliative” from the Federal Government, as the said the money was given to the agency for laboratories and vaccines capacity upgrade.