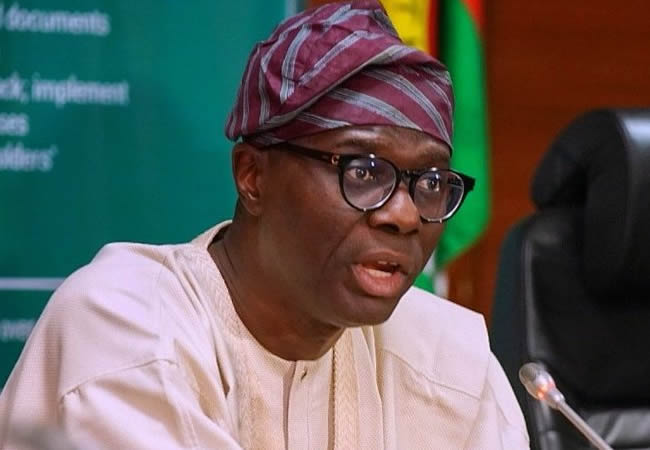 Lagos State Government has announced plans to introduce measures to relief the negative impact of the COVID-19 pandemic on Micro, Small and Medium Enterprises in the state.

State Governor, Babajide Sanwo-Olu observed that these measures, which include an additional N5bn palliative, will ensure business sustainability and stimulate economic growth.

The governor made this known during in a private sector interactive webinar organised by the Lagos Chamber of Commerce and Industry on Wednesday.

Sanwo-Olu also said that within the next one month, an internship programme, which would accommodate not more than 10,000 persons to acquire additional skills to keep them employed and engaged, would be embarked upon.

“These persons would be paid over the duration of training expected to be between three to six months. We need to engage people, make them employable by your industries and put monies in their hands so that they can buy the products you manufacture,” he said.

Sanwo-Olu added that plans to draw single-digit borrowing through the Central Bank of Nigeria and suspend all interest on borrowings on the state’s trust fund were underway.

He also said that the state would be completing the biggest rice mill in the country by December to tackle the fragility of the food system of the nation.

He added that collaboration with south-western states and some northern states were ongoing to address interstate food transportation challenges.

In her remarks, the President, Lagos Chamber of Commerce and Industry, Mrs Toki Mabogunje, said that the pandemic and the lockdown had caused severe damage and losses to businesses.

She added that many businesses were grappling with breach of contractual obligations and inability to retain employees.