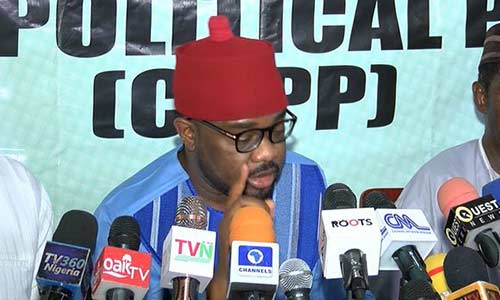 The Coalition of United Political Parties (CUPP), has questioned the motive behind the Control of Infectious Diseases Bill 2020, alleging that the House of Representatives leadership has received a $10 million bribe to ease the legislation of the bill.

This was contained in a statement issued and signed by the spokesperson of the opposition political parties, Barrister Ikenga Imo Ugochinyere in Abuja on Monday.

A report filed by the Daily Post claims that the body urged lawmakers in the lower chamber to rise against impunity.

“The statement read, “Opposition Coalition (CUPP) has intercepted very credible intelligence and hereby alerts Nigerians of plans by the leadership of the House of Representatives led by Femi Gbajabiamila to forcefully and without adherence to the rules of lawmaking to pass the Control of Infectious Diseases Bill 2020 otherwise known as the Compulsory Vaccination Bill which is proposing a compulsory vaccination of all Nigerians even when the vaccines have not been discovered.

“This intelligence is coupled with the information of the alleged receipt, from sources outside the country but very interested in the Bill, of the sum of $10 million by the sponsors and promoters of the Bill to distribute among lawmakers to ensure a smooth passage of the Bill.

“This will manifest in a wishy-washy public hearing which the promoters still insist on cancelling under the pretext of containment of the spread of the coronavirus. The intelligence is that the House will under whatever guise pass the Bill tomorrow 5th May, 2020 upon resumption.

“The Nigeria opposition rejects the Bill and urges opposition lawmakers in the House of Representatives to confront the Speaker of the House with these facts tomorrow at plenary and resist every plan to illegally pass the Bill.”

CUPP therefore called for the impeachment of speaker, Mr Femi Gbajabiamila if the he attempts to force the bill on members of the house.