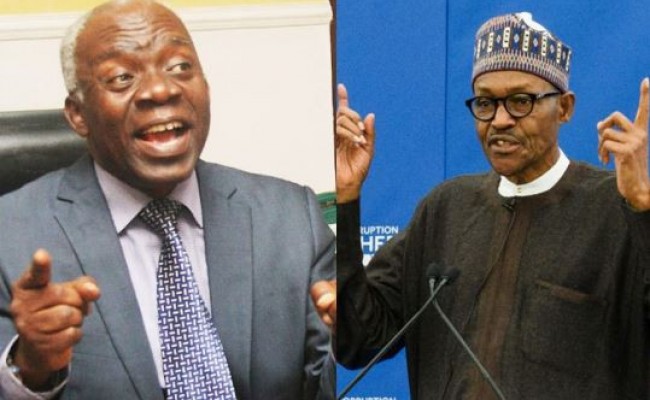 A Human Rights Activist, Femi Falana (SAN) has admonished the Federal Government for allowing the supposed illegality of the enforcement of the lockdown order placed on the Federal Capital Territory; Lagos and Ogun States by the armed troops, further asking that the troops be withdrawn.

According to him, deploying armed troops is illegal and unconstitutional based on precedent judgements of the courts of the land.

PUNCH quoted him as saying, “In the March 29, 2020, national broadcast of President Muhammadu Buhari and the COVID-19 Quarantine Regulations issued thereafter to curtail the spread of coronavirus pandemic the members of the armed forces were not authorised to enforce the Regulations.

“But out of sheer impunity, the Defence Headquarters announced the plans of the armed forces to implement the presidential order on the restriction of the movement of the Nigerian people.

“In my reaction to the illegal plan of the Defence Headquarters to involve armed troops in the enforcement of the Regulations, I issued a public statement wherein I said that while the nation’s armed forces should be commended for making their medical facilities available to members of the public in the fight against the highly dangerous virus, the plan to dispatch armed soldiers to the streets to enforce the COVID-19 guidelines should be shelved because it is illegal.

“Conscious steps should be taken to civilianise the polity and thereby ensure the survival of and sustenance of democracy.”

Falana regretted that the involvement of the armed troops in the enforcement had led to torture and brutalisation of innocent citizens as revealed in several video clips trending online.

He accused the military authorities of not conducting a thorough investigation but rather dismissing the video clip.

New treatment for ovarian and lung cancer trialled in Australia