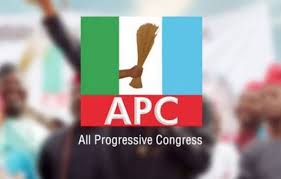 Edo State chapter of the All Progressive Congress is set to hold its gubernatorial primary election in 192 wards of the state, despite the party’s internal crisis and stiff external opposition.

Edo State government had directed the ruling party to apply for a waiver before organizing election in any part of Edo especially in the light of the rapid COVID-19 outbreak.

This comes after Governor Godwin Obaseki defected to the opposition Peoples Democratic Party, after a prolong clash with the now suspended party chairman, Adams Oshiomhole.

Secretary of the APC primary election Committee, Ajibola Bashiru, who doubles as the spokesperson of the Senate, speaking on Channels Television Sunday politics, said nothing will stop the election from holding on Monday.

“We are set to conduct primary in Edo State. We have met with the leadership of the state. We have appointed presiding officers in line with the guidelines of the party at local government and ward levels.

“By the grace of God, the polling will open by 8 a.m at all 192 wards in 18 local governments of the state.

Security agencies have assured that they will act without fear or favour,” he said.

Speaking on compliance with the state government’s COVID-19 regulations, Mr Bashiru said only 18 persons would be allowed to gather at the same time during voting to the point of announcement of result.

“Not more than 18 persons including presiding officers and Independent National Electoral Commission observers shall be at ward voting centre at any point in time to carry out their activities without violation of the state’s COVID-19 regulations,” he said on Channels.

Kumuyi’s forthrightness and integrity are worthy of emulation, Adesina says