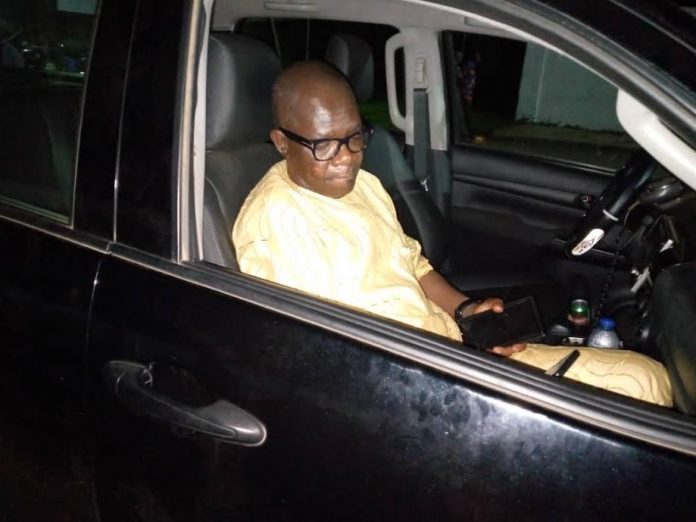 Information reaching us at Checkout Magazine has it that a high-profile controversy happened in Akure, Ondo State capital late on Saturday, after Police Commissioner, Bolaji Salami, barricaded the Deputy Governor, Agboola Ajayi, from leaving the State Government House in Akure, the state capital.

According to reports, the CP prevented Ajayi from leaving with his official vehicle.

PUNCH reports that the incident had a link to the ongoing rift between the deputy governor and Governor Rotimi Akeredolu.

It was learnt that the deputy governor is planning to dump the All Progressives Congress for another party due to the worsening relationship between himself and the governor.

In a 41 seconds video that had gone viral, the CP was seen standing in front of the deputy governor, telling him he will not allow him (Ajayi) to leave the government house.

“You have defected, your letter has been brought to my office,” the CP sternly said in the video.