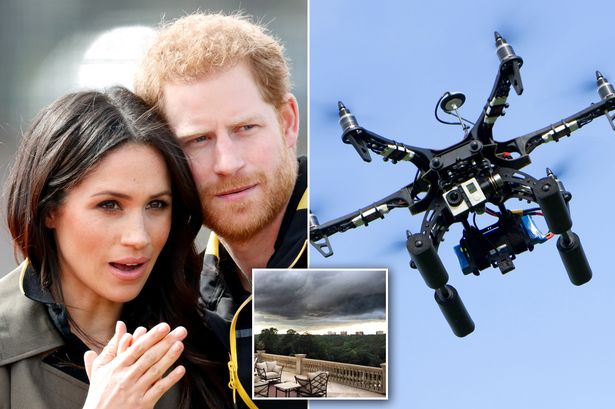 Information reaching us at Checkout Magazine has it that ex-royal couple, Meghan and Harry had an illegal drone entry into their property, after their security guard spotted if.

The Duchess of Sussex and Prince Harry recently moved to a Los Angeles mansion owned by movie producer Tyler Perry.

Daily Star Online they have already been targeted by the paparazzi using drones.

Mark Karloff, a veteran LA-based photographer, said he has been made aware of one photographer caught hovering just yards above their roof.

He said the rogue’s behaviour is currently being discussed among LA’s snappers and has been condemned for the alleged illegality.

According to SGR, a Los Angeles Criminal Defence Firm, there are various laws that would potentially make this allegation illegal.

This includes trespassing and invasion of privacy by entering private land or airspace without permission.

Last month, it was revealed Meghan and Harry were reported fearing for baby Archie’s safety after spotting drones.

And Karloff warned anyone caught attempting to fly a drone above the royal couple could face serious consequences.