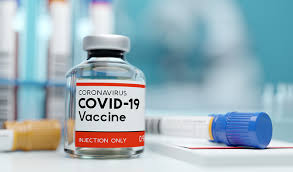 British drugmaker, AstraZeneca Plc has signed a contract with European governments to supply the region with its potential vaccine against the coronavirus, in its bid to combat the Coronavirus pandemic.

Checkout Magazine learnt the agreement involves the supply of 400 million doses of the vaccine, developed by the University of Oxford, the company said on Saturday, adding that it was looking to expand manufacturing of the vaccine, which it said it would provide for no profit during the pandemic.

The deal is the first contract signed by Europe’s Inclusive Vaccines Alliance (IVA), a group formed by France, Germany, Italy and the Netherlands to secure vaccine doses for all member states as soon as possible, Reuters reported.

“This will ensure that hundreds of millions of people in Europe will have access to this vaccine, of course if it works and we will know that by the end of summer,” the company’s chief executive, Pascal Soriot told journalists.

He said he has “good hope” that it will work, based on initial data.

The alliance “will work together with the European Commission and other countries in Europe to ensure everybody across Europe is supplied with the vaccine,” he said.

The vaccines are for all EU member states. The four nations that agreed the deal will pay for the total amount, which has not been disclosed, and the scheme allows other countries to join it under the same conditions, a source from the Italian health ministry said.