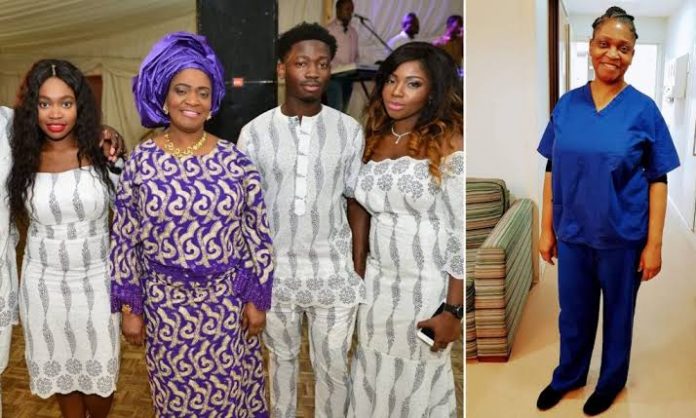 A Nigerian resident in the United Kingdom, who practiced nursing for 40 years has died of Coronavirus, according to reports.

Eyitolami Olaolorun, 60, was a staff at Wellington Hospital, a private centre in St John’s Wood, caring for young patients who were critically or terminally ill, Daily Mail of UK reports.

Ms Olaolorun, also worked for the NHS at various hospitals and raised her four children by herself, having arrived in the UK from Nigeria almost 20 years ago after splitting with her husband.

Mourning her deceased mother, Oyinkansola Honey Iloba described her as ‘selfless and ‘an exceptional woman’.

“She didn’t see her patients as just someone she was looking after, they were family,” the 32-year-old said.

On Sunday, Prime Minister Boris Johnson relaxed the Government’s ‘stay home, protect the NHS, save lives’ slogan to instead tell people to ‘stay alert, control the virus, save lives’.

After the death of her mother, Mrs Iloba said: “Stay home. When it hits home, you realise how dangerous the situation is. You realise, yes, the NHS are heroes but let’s not put their lives at risk as well.

“Let’s not be selfish in our expectations of the NHS by going out, irrespective of what Mr Johnson has said, let’s not go out and think we’re immune to anything – we’re not.

Emirates is now part of the companies to accept BTC