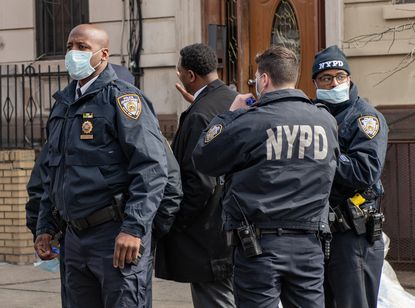 A New York nurse has been arrested for stealing the credit card of a deceased Coronavirus patient, using it to make purchases, police said.

According to the cops, the suspect, Danielle Conti, 43, was a staff of Staten Island University Hospital North when she took the credit card of a 70-year-old man who had died of COVID-19 on April 12.

She was charged with grand larceny, criminal possession of stolen property and petit larceny, according to police.

She spent less than $100 on the man’s American Express card, police allege. It was not immediately clear what she bought.

The man’s 37-year-old daughter discovered the charges and walked into a Staten Island police precinct station house to report the malfeasance on April 28, cops said.

A hospital spokesman said Conti, who has been an employee there since 2007, was suspended.

It was unclear whether she would be paid during the suspension.

Covid-19 second wave: FG yet to insure health workers amid surge in infections