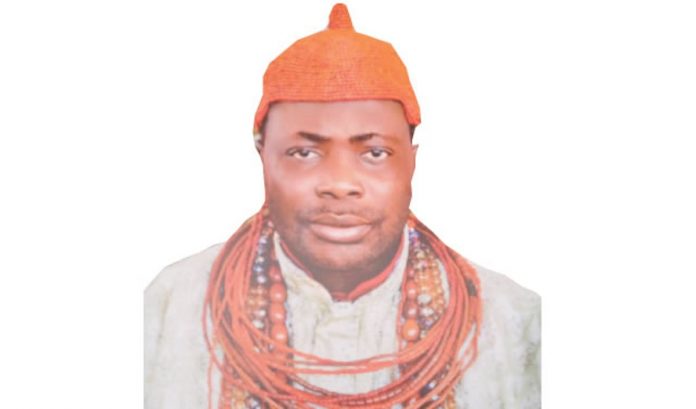 The Enogie of Ekpoma, Zaiki Abumere has stated the dynamic nature of the traditions of his kingdom, stating the abolishment of the tradition that compels widows to drink bathwater of their late husband’s.

The monarch who made this known while he spoke in an interview with PUNCH noted that the previously tolerated tradition is no longer acceptable in the kingdom.

Abumere II who abandoned the commercial capital of Nigeria, Lagos to succeed his father in 2007 expressed his resolve to be intolerant of such customs that do not respect human dignity.

He told PUNCH, “There is also a tradition that compels a woman to drink from the water used to wash the corpse of her husband and swear that she had nothing to do with his death. No, we don’t allow that at all here again, we no longer accommodate it. It has been abolished.

“But that does not mean some communities are not engaging in some funny things but if it gets to me or I’m aware of it, I stop them immediately.”

Meanwhile, the monarch called on the government to support the Ohue festival celebrated annually by the Kingdom.

He observed that through such festivals, traditional rulers are able to play their part in contributing to societal development.

He said, ” The last time, we paid the West African Senior School Certificate Examination fees for 20 students and that’s why we are calling on the government to always support traditional rulers for programmes like this.”