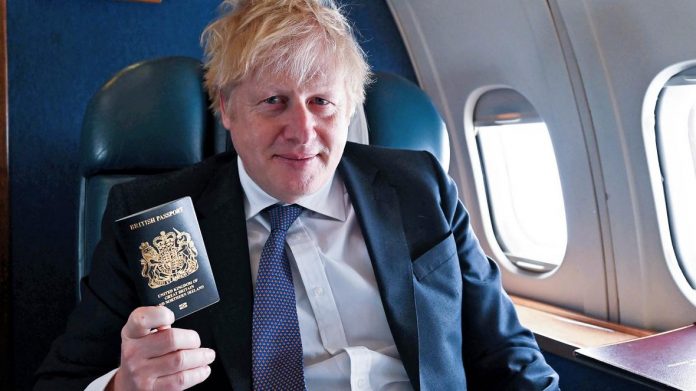 In an interesting twist of occurrence, the post-Brexit passports set to be issued by the United Kingdom Home Office was made in Poland, a member of the European Union.

It would be recalled that the Home Office announced on Friday that the new post-Brexit blue passports will be given to applicants from next month.

The new passports will be made by a Franco/Dutch company at a factory in Poland, under EU procurement rules.

In one of the ironies of Brexit, the 11-year, £260 million contract was won by a subsidiary of the French multinational group Thales last year, after its British competitor De La Rue lost out.

As a result all the new passports will be made at the company’s factory in the Polish town of Tczew and then imported into the UK. At the time the contract was signed, the government said it would create 70 new jobs in Britain.

Britain’s youngest drug dealer, 7, is too young to face charges