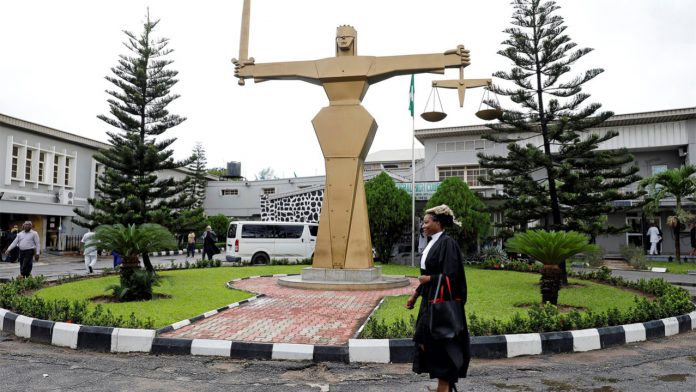 The trial of three alleged Internet fraudsters who scammed some white men by presenting themselves as the President, Muhammadu Buhari resumed on Tuesday before the Federal High Court in Lagos.

In the charges, the police alleged that Julius and some persons still at large on August 8, 2018 sent forged electronic messages to one Engr Gmemnzes, “purporting same to have been sent by Her Excellency, Mrs Aisha Buhari, the First Lady and wife of the President of the Federal Republic of Nigeria; and His Excellency, President Muhammadu Buhari.”

According to the police, the accused titled the messages, ‘Attention: Geraldo Francisco Menezes,’ wherein he demanded immediate payment of $20.5m.

At the resumed trial on Tuesday, a police detective, Musa Naneri, narrated to the court how Julius was lured to a pub, where he was arrested.

Naneri said after their investigation pointed towards Julius, they contacted him and arranged to meet with him at a pub “because he has love for Gulder.”