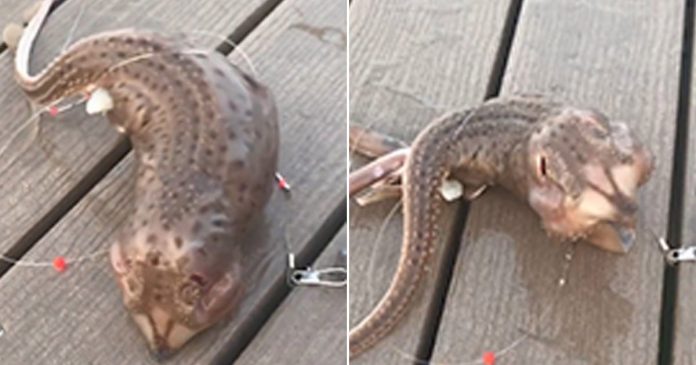 Footage of a three-legged creature reeled by a fisherman after it writhed around on board a boat in has elicited different reactions from viewers.

A video earlier posted on TikTok showed the horrified man holding the fishing line shouting: ‘What the hell, what is that?

The animal, which appears to have tentacles like an octopus and a bulbous head, is believed to have been caught off Coney Island in Brooklyn.

According to MailOnline the clip was posted to TikTok by Nataliia Vorobok and has since received 1.4million likes. Some viewers have said they were concerned about the creature’s welfare while others pleaded for the animal to go back in the water. Others have suggested the animal may be a clearnose skate, a species of cartilaginous fish.

The clearnose skate is a similar brown-ish colour and lives in the northwestern Atlantic Ocean but migrates inshore depending on the time of the year. The video posted online is just seconds long and it is unclear what happened to the creature after the footage was taken.