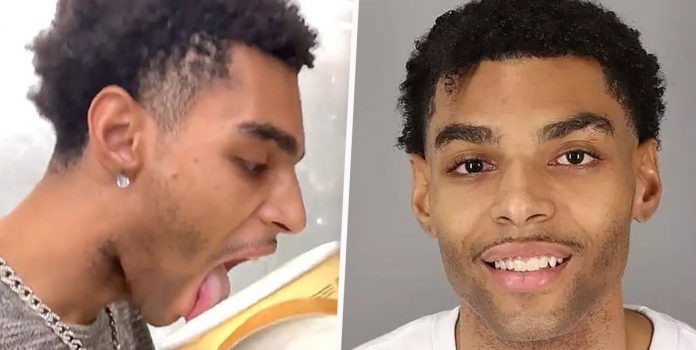 D’Adrien Anderson, 24, later bought the ice cream but all the freezer’s contents were removed as a precaution.

An American has been sentenced to a 30-day prison sentence for his involvement in bizzare act that saw people licking ice cream and putting it back in supermarket freezers.

D’Adrien Anderson, 24, was given a 30-day prison sentence after he posted a video of himself removing the container from a freezer at Walmart in Port Arthur, Texas, licking the top then putting it back on the shelf, in August last year.

The court ordered that he pays a $1,000 fine and give $1,565 in compensation to Blue Bell Creameries for the cost of replacing all the products in the freezer which they removed as a precaution.

Security cameras from inside the supermarket revealed that he later removed the ice cream again and paid for it, but that was not in his social media post.

Walmart added, “If food is tampered with, or a customer wants to leave the impression that they left behind adulterated product, we will move quickly with law enforcement to identify, apprehend and prosecute those who think this is a joke – it is not.’