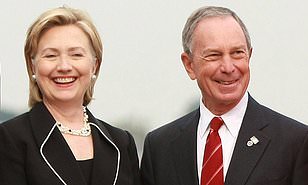 Democrat Presidential aspirant, Mike Bloomberg is considering Hillary Clinton as his running mate, according to reports.

Daily Mail reports Former New York City Mayor and Democratic candidate Bloomberg is said to be considering even changing his official residence from New York to Colorado or Florida – where he also has homes – because the electoral college makes it difficult for US president and vice-president to reside in the same state.

“We are focused on the primary and the debate, not VP speculation,” Communications Director Jason Schechter said in a statement.