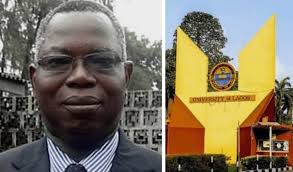 The Acting Vice Chancellor of the University of Lagos, Prof. Theophilus Omololu Soyombo, has formally stepped down following the Federal Government’s directive to the institution’s Senate to nominate someone else for the position.

Soyombo, who was appointed by the suspended Pro-Chancellor/Chairman Governing Council of UNILAG, Dr. Wale Babalakin, penultimate week, said he was leaving with immediate effect.

Recall that on Friday, the Federal Government through the Ministry of Education set up a special visitation panel to probe the situation in the university which culminated in the August 12 sack of Vice Chancellor Oluwatoyin Ogundipe by Babalakin for alleged financial irregularities.

Ogundipe and Babalakin were asked to recuse themselves from formal duties while the visitation panel carries out its assignment.

Soyombo, in a statement on Saturday, said: “With this, I am stepping down with immediate effect as Acting Vice-Chancellor of the university.

“I wish to express my sincere appreciation to all members of staff and our dear students, the staff unions, alumni and the general public for their wonderful support and cooperation in the past 10 days since my appointment as Acting Vice-Chancellor of the university on 12th August.

Meanwhile, the UNILAG branch of ASUU yesterday commended the President and Visitor to the University of Lagos (UNILAG), Muhammadu Buhari, for recognising the role of the institution’s Senate in its governance.