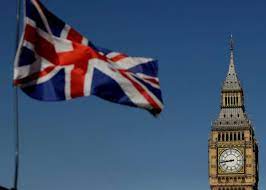 Convicted criminals in the United Kingdom are set to be deported to serve their jail terms in Nigeria under an agreement just signed by the two countries.

New laws that came into effect this week empower the British government to deport Nigerian criminals up to a year before the end of their sentences.

These new laws are part of London’s ‘New Plan for Immigration Policy.

Its first victims, 21 Nigerians, and Ghanaians were sent home on Thursday.

According to media reports, thirteen of the deported people are Nigerians who had no right to be in the country and those with combined sentences of more than 64 years for crimes such as rape and sexual offenses against children.

Irregular migrants, according to the UK authorities, include persons who entered the country without authorization, entered with false documents and have overstayed their visas.

Also categorized as illegal migrants are people who work or study on a tourist visa or non-immigrant visa waiver, enter into force or fraudulent marriages, or have their marriages terminated or annulled.