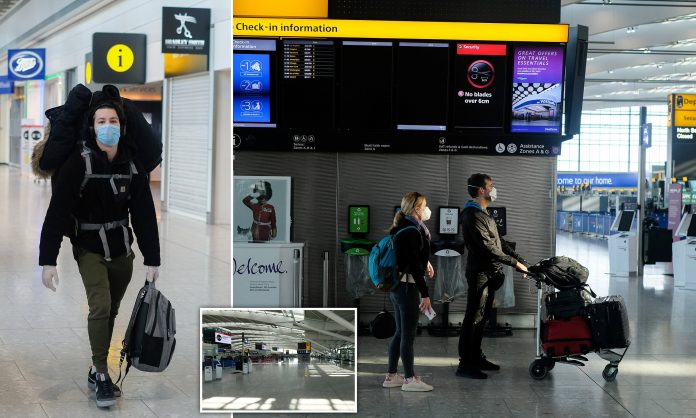 A new study had shown that the United Kingdom is one of the few countries yet to restrict arrivals or enforced health checks at airports, new data shows.

According to a research embarked upon by the University of Oxford’s Blavatnik School of Government, which has launched a live Covid-19 Government Response Tracker (OxCGRT) to compare policies around the world.

It was learnt that migration policy of the UK government was at odds with policies around the globe, as the study shows the majority of countries have imposed some form of international travel controls in a bid to limit imported cases.

Afghanistan and Papa New Guinea are currently the only two countries enforcing health screening only, with nearly every other nation opting for a stricter policy, the latest data showed. Of the governments where data on international travel checks was available, the UK was the only country with no measures in place.

The figures came after Matt Hancock admitted at least 15,000 people are still flying in to the UK each day with no screening for coronavirus or quarantine periods enforced.

The Health secretary said the equivalent of 105,000 travellers land per week, including from hotspot nations such as China, Italy and the United States.

However, this has been criticised with the UK’s death toll now over 30,000, the second highest in the world.

Edo state has spent over N1bn In COVID-19 Fight, Obaseki