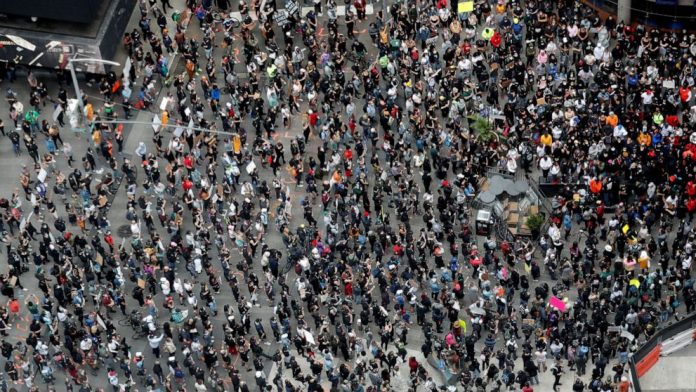 United States President, Donald Trump on Tuesday says the Republican National Convention will no longer be held in North Carolina, due to Coronavirus pandemic restrictions.

The decision comes after Gov. Roy Cooper denied the RNC’s request for a “full convention” given the ongoing coronavirus health crisis.

He asked for social distancing, smaller crowds and facial coverings, among other protections.

The president tweeted, “Had long planned to have the Republican National Convention in Charlotte, North Carolina, a place I love. Now, @NC_Governor Roy Cooper and his representatives refuse to guarantee that we can have use of the Spectrum Arena.”

Mr Trump noted that the GOP is presently considering other locations as alternative to North Carolina.

Cooper responded to the president saying the party is looking elsewhere for a convention, writing in a tweet, “We have been committed to a safe RNC convention in North Carolina and it’s unfortunate they never agreed to scale down and make changes to keep people safe.

Protecting public health and safety during this pandemic is a priority.”

Since the first cases of coronavirus were detected in China in December, the United States has become the worst-affected country, with more than 1.8 million diagnosed cases and at least 106,181 deaths.

Cruel! See what traffic wardens, airmen did to motorists for taking pictures