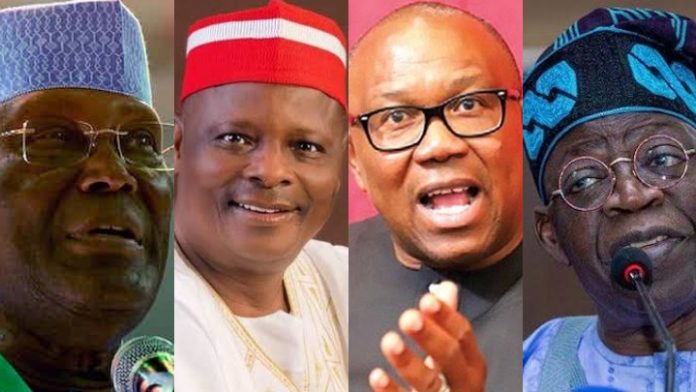 The Independent National Electoral Commission has cleared 18 presidential candidates to contest in next year’s election.

The publication of their names by the commission meant that the flag bearers were considered validly nominated by their respective political parties.

However, Senate President Ahmed Lawan’s name was omitted as a candidate for Yobe North District. His rival in the race for the ticket, Basir Machina, was not listed also.

A statement by INEC National Commissioner and Chairman Information and Voter Education Committee, Festus Okoye, said: “All the 18 political parties have fielded candidates and their running mates for the presidential election.

“For legislative elections, 1,101 candidates are vying for 109 senatorial seats and 3,122 candidates for federal constituencies, i.e. House of Representatives seats, making a total of 4,223 candidates contesting for 469 legislative positions.

“In terms of gender distribution, 3,875 candidates are male, made up of 35 for presidential and vice presidential, 1,008 for Senate, and 2,832 for House of Representatives.

“Similarly, 381 females comprising one for presidential, 92 for Senate, and 288 for House of Representatives are contesting. There are also 11 Persons with Disability (PWDs) in the race.”

Invictus Obi pleads guilty to $11m fraud in US