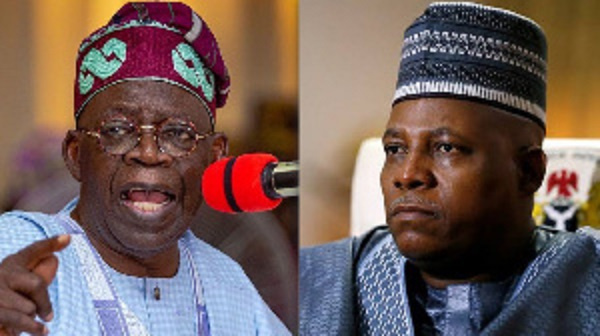 The All Progressives Congress (APC) Presidential candidate, Asiwaju Bola Ahmed Tinubu, while unveiling his running mate – former Borno State Governor, Kashim Shettima, said he has respect for both faiths represented in the country.

He said this while giving the unveiling speech in Daura, Katsina State.

The flag bearer revealed that as a true democrat, his choice was made after consultation with other members of the party.

His words, “Having now listened to the sage, careful advice of a broad section of the party and the nation, there are a few points I feel I must make about the exceptional and extraordinary person with whom I will share the APC ticket and the principles of open and good governance that informed this choice.

“This is why, today, I announce the selection of Senator Kashim Shettima as my partner and running mate in the mission to advance and reclaim the fortunes of this great country and the hopes of its people.

“Senator Kasim Shettima’s career in politics and beyond shows that he is eminently qualified not only to deliver that all-important electoral victory but, also, to step into the shoes of the Vice President. As a man with the talent, maturity, strength of character, and patriotism he has my implicit confidence and faith.”