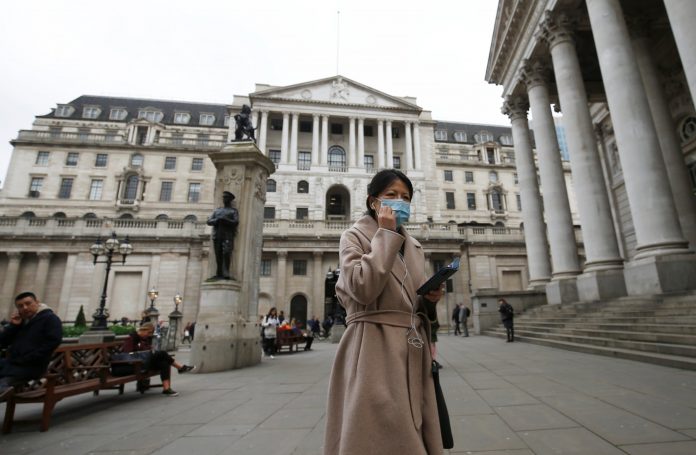 Bank of England has warned that the United Kingdom could be on the verge of its recession on record with economy to shrink 14% in 2020, Independent UK reports.

The outbreak of the Coronavirus which led the British government to shut down economic activities has had its impact on the economy, BoE predicts that the economy could contract close to 30 per cent over six months, followed by ‘relatively rapid’ pick-up in activity.

The BoE cautioned over a “very sharp” fall in GDP over the first half and a “substantial” rise in unemployment as it left interest rates at a record low of 0.1 per cent.

It further suggests GDP could fall 14 per cent for 2020 as a whole – the deepest annual fall since 1706. But the Bank said the sharp fall in activity should be temporary and that activity should “pick up relatively rapidly” once lockdown measures are eased.

Policy responses to the virus from the government will provide substantial support to households, but the shrinking economy will put pressure on some households’ finances, the Bank said.

This statement by the BoE comes after former chancellor Alistair Darling warned that the looming recession will be much worse than the 2008 financial crisis.