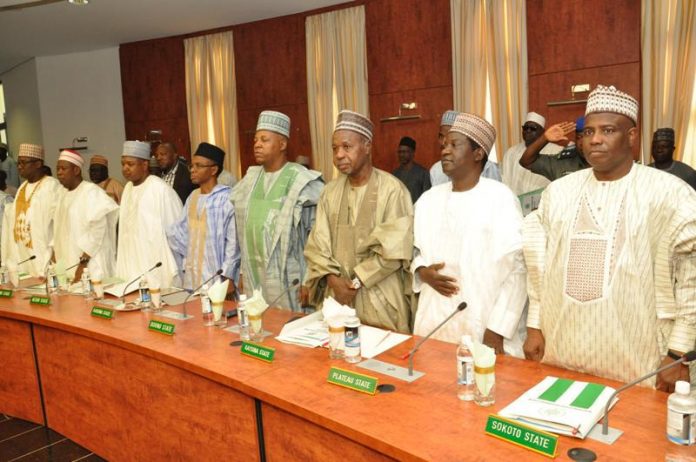 In the wake of recent bandit attacks, Governors of Northern states on Tuesday convened with heads of security agencies led by the National Security Adviser (NSA) on tackling banditry and insurgency in the region.

Zamfara State Governor Bello Matawalle, whose state has been hard hit by banditry, addressed newsmen after briefing Chief of Staff, Ibrahim Gambari on the outcome of the meeting.

He told reporters: “I am here to see the Chief of Staff because of the issue of security that is bedeviling Zamfara.

“Today (yesterday), Northern governors met in the National Security Adviser’s office with the Inspector General of Police and other security agencies.

“We discussed seriously on the issue of insecurity and the Chief of Staff invited me today to come and brief him about insecurity in my state which I did.

Directorate of Defence Media Operations Coordinator Maj.-Gen. John Enenche, in a statement, said the Service Chiefs’ meeting was to develop new strategies to address terrorism, banditry and other criminalities, particularly in the North.