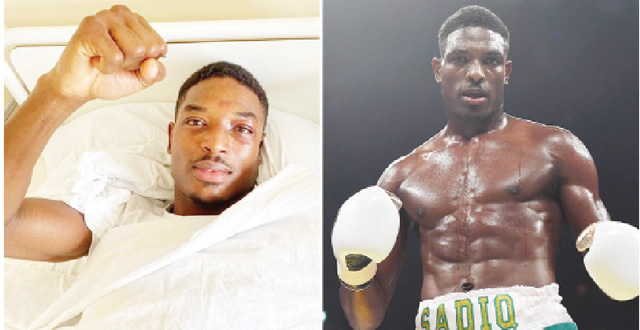 British-Nigerian boxer, Sadiq Umar, suffered injuries which resulted in him being hospitalized after his 12th-round defeat to Russian, Fyodor Chudinov, in a super middleweight bout.

Reports suggest that Sadiq began to cough up blood after his defeat by technical knockout, having needed an oxygen mask straight after the fight in Khimki, near Moscow.

The 32-year-old was said to have fallen ill during a routine doping check. He was given immediate medical assistance by doctors, according to Russian publication TASS.

The boxer has since allayed fears of a serious injury after replying, “I am good, thanks” to a message posted by South West boxing media on Twitter.

Sadiq’s defeat was his second in a 12-fight career so far.

I told Diezani not to bring money home, Husband on alleged fraud