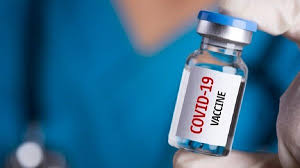 Oxford University, United Kingdom has resumed clinical trials of its experimental Covid-19 vaccines on Saturday, following a brief safety pause amid a surge in the country’s coronavirus cases.

The pause had caused a major scare earlier in the week after pharmaceutical company AstraZeneca and Oxford University announced they had “voluntarily paused” their vaccine trial after a UK volunteer developed an unexplained illness.

But on Saturday the trial was given the all clear by British regulators to resume following a safety review. The company also announced it was resuming clinical trials in Brazil next Monday after securing approval there as well.

Even during the pause, AstraZeneca said it remained hopeful that the vaccine could still be available “by the end of this year, early next year”.

Oxford University said that “in large trials such as this, it is expected that some participants will become unwell and every case must be carefully evaluated”.

Charlotte Summers, lecturer in intensive care medicine at Cambridge University, said the pause showed the researchers’ commitment “to putting safety at the heart of their development programme.”

“To tackle the global Covid-19 pandemic, we need to develop vaccines and therapies that people feel comfortable using, therefore it is vital to maintaining public trust that we stick to the evidence and do not draw conclusions before information is available,” she said.

See what schools, varsities must do ahead of future reopening